From Explainable AI to Causability 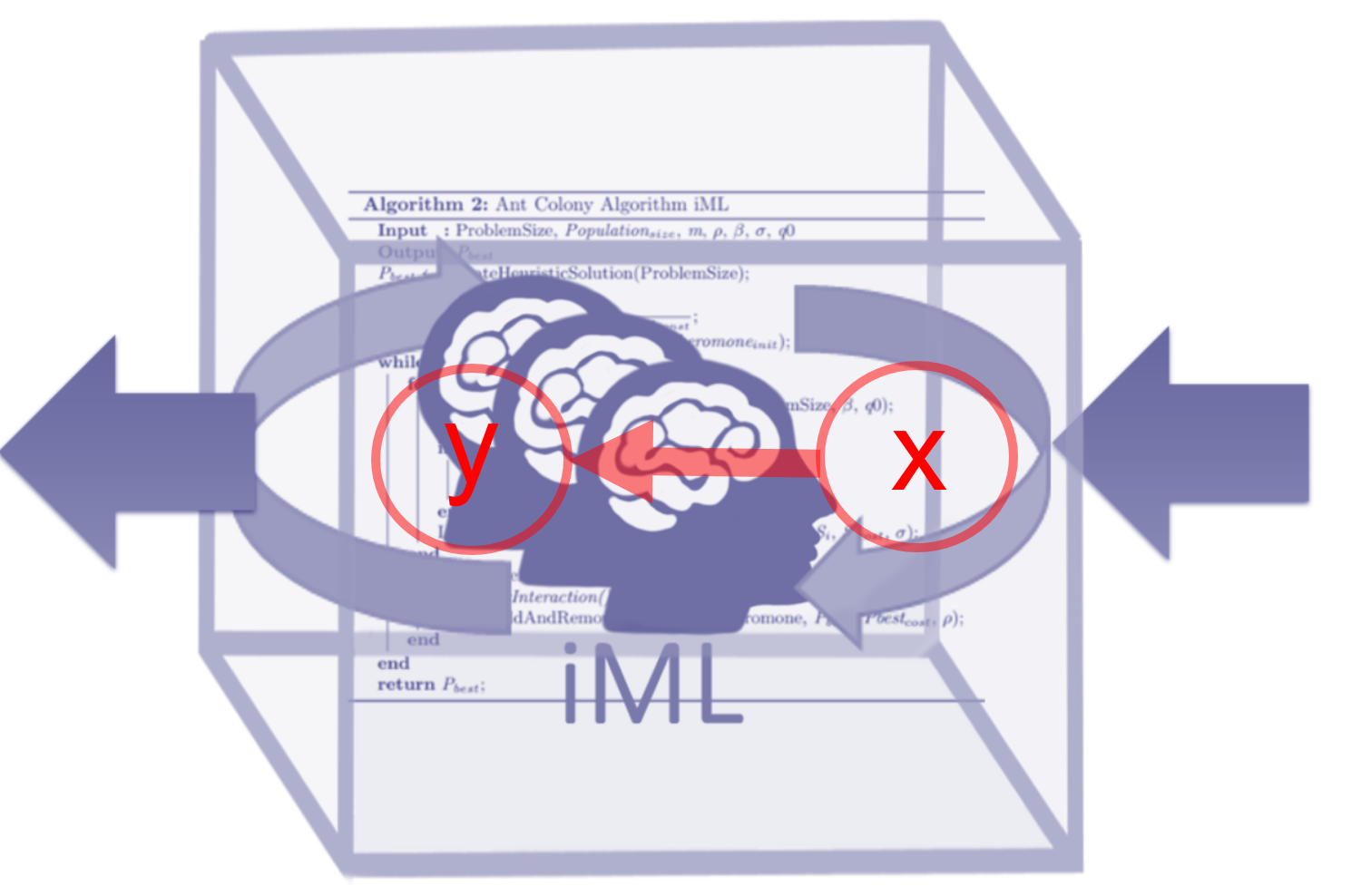 COURSE at a glance
Whilst explainable AI is the engineering to enable human interpretability, causability is – similarly as usability – the measurement of causality and explainability –
see: https://onlinelibrary.wiley.com/doi/full/10.1002/widm.1312

MOTIVATION for this course
This course is an extension of the last years “Methods of explainable AI”, which was a natural offspring of the interactive Machine Learning (iML) courses and the decision making courses held over the last years. Today the most successful AI/machine learning models, e.g. deep learning (see the difference AI-ML-DL) are often considered to be “black-boxes” making it difficult to re-enact and to answer the question of why a certain machine decision has been reached. A general serious drawback is that statistical learning models have no explicit declarative knowledge representation. That means such models have enormous difficulty in generating underlying explanatory structures. This limits their ability to understand the context.  Here the human-in-the-loop is exceptional good and as our goal is to augment the human intelligence with artificial intelligence we should rather speak of having a computer-in-the-loop. This is not necessary in some application domains (e.g. autonomous vehicles), but it is essential in our application domain, which is the medical domain (see our digital pathology project). A medical doctor is required on demand to retrace a result in an human understandable way. This calls not only for explainable models, but also for explanation interfaces (see AK HCI course). Interestingly, early AI systems (rule based systems) were explainiable to a certain extent within a well-defined problem space. Therefore this course will also provide a background on decision support systems from the early 1970ies (e.g. MYCIN, or GAMUTS of Radiology). In the class of 2019 we will focus even more on making inferences from observational data and reasoning under uncertainty which quickly bring us into the field of causality. Because in the biomedical domain (see e.g. our digital pathology project) we need to discover and understand unexpected interesting and relevant patterns in data to gain knowledge or for troubleshooting.

TARGET group of this course:
Research students of  Computer Science particularly of the Holzinger group.

BACKGROUND
Explainability is motivated due to lacking transparency of so-called black-box approaches, which do not foster trust [6] and acceptance of AI generally and ML specifically. Rising legal and privacy aspects, e.g. with the new European General Data Protection Regulations (GDPR, which is now in effect since May 2018) will make black-box approaches difficult to use in Business, because they often are not able to explain why a machine decision has been made (see explainable AI).
Consequently, the field of Explainable AI is recently gaining international awareness and interest (see the news blog), because raising legal, ethical, and social aspects make it mandatory to enable – on request – a human to understand and to explain why a machine decision has been made [see Wikipedia on Explainable Artificial Intelligence]. Note: that does not mean that it is always necessary to explain everything and all – but to be able to explain it if necessary – e.g. for general understanding, for teaching, for learning, for research – or in court – or even on demand by a citizen – right of explanabiltiy.

*) these are those we never have in the medical domain

Module TA – The Theory of Explanations

Topic 01: What is a good explanation?
Topic 02: Explaining Explanations
Topic 03: The limits of explainability [2]
Topic 04: How to measure the value of an explanation
Topic 05: Practical Examples from the medical domain

[1] A very valuable ressource can be found here in the future of privacy forum:
https://fpf.org/artificial-intelligence-and-machine-learning-ethics-governance-and-compliance-resources/

Zoo of methods of explainable AI (listed alphabetically without any preference)

References from own work (references to related work will be given within the course):

Ante-hoc Explainability (AHE) := such models are interpretable by design, e.g. glass-box approaches; typical examples include linear regression, decision trees/lists, random forests, Naive Bayes and fuzzy inference systems; or GAMs, Stochastic AOGs, and deep symbolic networks; they have a long tradition and can be designed from expert knowledge or from data and are useful as framework for the interaction between human knowledge and hidden knowledge in the data.

Decomposition := process of resolving relationships into the consituent components (hopefully representing the relevant interest). Highly theoretical, because in real-world this is hard due to the complexity (e.g. noise) and untraceable imponderabilities on our observations.

Explainability := motivated by the opaqueness of so called “black-box” approaches it is the ability to provide an explanation on why a machine decision has been reached (e.g. why is it a cat what the deep network recognized). Finding an appropriate explanation is difficult, because this needs understanding the context and providing a description of causality and consequences of a given fact. (German: Erklärbarkeit; siehe auch: Verstehbarkeit, Nachvollziehbarkeit, Zurückverfolgbarkeit, Transparenz)

Explanation := set of statements to describe a given set of facts to clarify causality, context and consequences thereof and is a core topic of knowledge discovery involving “why” questionss (“Why is this a cat?”). (German: Erklärung, Begründung)

Explanatory power := is the ability of a set hypothesis to effectively explain the subject matter it pertains to (opposite: explanatory impotence).

European General Data Protection Regulation (EU GDPR) :=  Regulation EU 2016/679 – see the EUR-Lex 32016R0679 , will make black-box approaches difficult to use, because they often are not able to explain why a decision has been made (see explainable AI).

Gradient := a vector providing the direction of maximum rate of change.

Inverse Probability:= an older term for the probability distribution of an unobserved variable, and was described by De Morgan 1837, in reference to Laplace’s (1774) method of probability.

Kernel trick := transforming data into another dimension that has a clear dividing margin between the classes

Multi-Agent Systems (MAS) := include collections of several independent agents, could also be a mixture of computer agents and human agents. An exellent pointer of the later one is: Jennings, N. R., Moreau, L., Nicholson, D., Ramchurn, S. D., Roberts, S., Rodden, T. & Rogers, A. 2014. On human-agent collectives. Communications of the ACM, 80-88.

Transfer Learning (TL) := The ability of an algorithm to recognize and apply knowledge and skills learned in previous tasks to novel tasks or new domains, which share some commonality. Central question: Given a target task, how do we identify the commonality between the task and previous tasks, and transfer the knowledge from the previous tasks to the target one?
Pan, S. J. & Yang, Q. 2010. A Survey on Transfer Learning. IEEE Transactions on Knowledge and Data Engineering, 22, (10), 1345-1359, doi:10.1109/tkde.2009.191.

HUME, David (1711-1776) stated that causation is a matter of perception; he argued that inductive reasoning and belief in causality cannot be justified rationally; our trust in causality and induction results from custom and mental habit   [Wikipedia]

MARKOV, Andrey  (1856-1922) worked on stochastic processes and on what is known now as Markov Chains. [Wikipedia]

TUKEY, John Wilder (1915-2000) suggested in 1962 together with Frederick Mosteller the name “data analysis” for computational statistical sciences, which became much later the name data science [Wikipedia]

PEARL, Judea (1936 – ) is the Turing Awardee for pionieering in Bayesian networks and probabilistic approaches to AI [Wikipedia]